What is that beautiful encore? 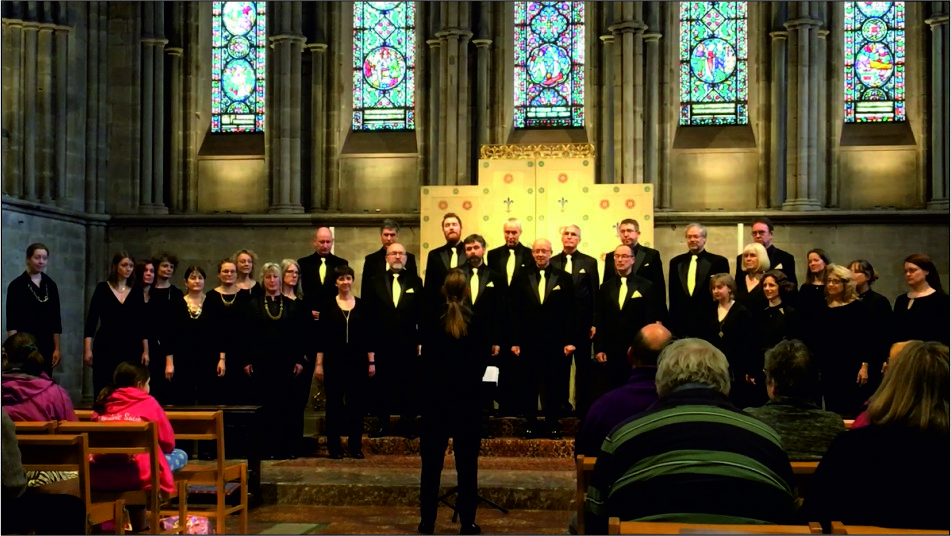 Recently, a number of audience members at Reading Phoenix Choir concerts have been asking “What is that rather lovely piece you do as an encore?”  The reason it is not detailed in the programme is because it is an encore, and we cannot assume that the audience will always want us to sing one, although that hasn’t happened yet!  The listed programme will end with a rousing version of one of our more upbeat numbers such as the American folk song Ezekiel Saw the Wheel and we then like to calm the audience down a bit before they wend their way home.  The choir spreads out to surround the listeners, and after the gentle hum of an E flat major chord from Musical Director Christopher Hann, the words of the G. K. Chesterton poem begin:  “Lo! I am come to autumn . . . ”

The answer to the question is that it is one of the many fine entries that were sent in to the inaugural Walter Hussey Composition Competition from all over the world.  The composer is a young American by the name of Ethan McGrath and the title of the poem is Gold Leaves, in line with the theme of the competition that was to help celebrate Reading Phoenix Choir’s 50th anniversary.  The piece was one of the five finalists in the competition and has since become a firm favourite of both the choir and audiences.

Ethan McGrath is a pianist, organist and composer from Chattanooga, Tennessee whose many works include music in the English choral tradition, and he derives inspiration from composers spanning Thomas Tallis to Ralph Vaughan Williams.  He has recently had his setting of the Nunc Dimittis recorded by Trinity College, Cambridge.  The picture above shows Reading Phoenix Choir performing Gold Leaves in Hereford Cathedral under guest conductor Tori Longdon.

Ethan McGrath himself said of Gold Leaves “If I had to pick a favourite ‘child’ (one of my own compositions), it honestly might be this one, something I very likely would never have written had it not been for the Walter Hussey Composition Competition.”