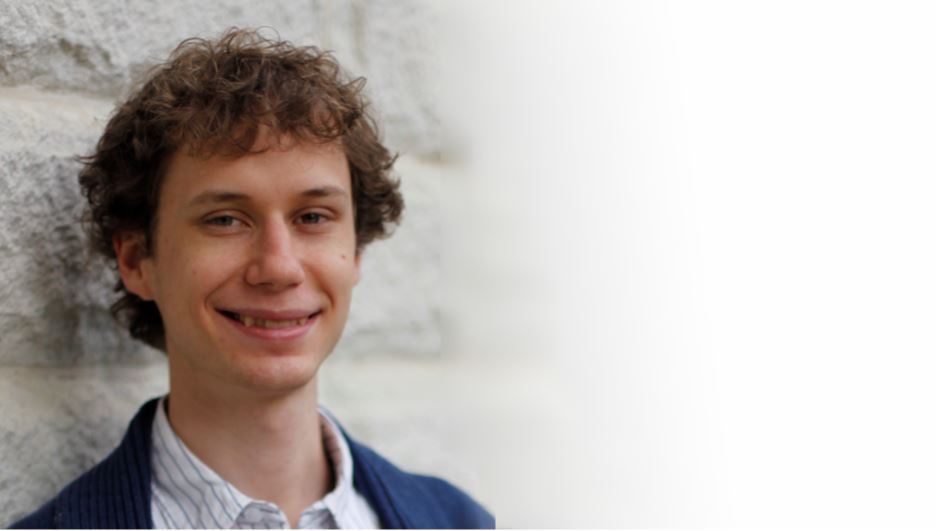 Last month we introduced the second of the five finalists of the Walter Hussey Composition Competition, Edmund Jolliffe. Our third competition finalist is Ethan McGrath.

Ethan McGrath is a composer from Chattanooga, Tennessee. Also a pianist and organist, Ethan has performed extensively in a wide range of styles as a soloist and accompanist. His first experiences as a choral accompanist was inspiration to compose many choral works – a pursuit that has since become central to his career.

A composer of diverse influences, Ethan seeks to write music that breaks down barriers between people, and with the potential to convey meaning to anyone who hears it. A requiem entitled That They May Rest, a Missa Brevis, and a Magnificat are among Ethan’s most significant compositions to date, as well as a Te Deum, which was commissioned for the 2018 Southern Conference of the American Choral Directors Association.

His compositions have been featured in workshops by Rodney Eichenberger and have been performed by such choirs as Capitol Hearings in Washington DC, Taipei Chamber Singers, and Ely Cathedral Girls’ Choir. His Nunc Dimittis recently won first prize in the Musica Sacra Nova Competition in Poland and was premiered in July 2018 by the Choir of Trinity College, Cambridge.

‘I entered the competition partly because the theme of “gold” had a certain appeal: I realized that I hadn’t yet written much of anything that had to do with gold. When I started looking for texts on the theme, GK Chesterton’s poem Gold Leaves, with its emphasis on the worth of each human being (“all the leaves are Gold”), immediately stood out. It was one of those rather rare situations where the poem seemed to sing itself, as it were – the ideas came as quickly as I could write them down. If I had to pick a favourite “child” (one of my own compositions), it honestly might be this one, something I very likely would never have written had it not been for the Walter Hussey [Composition] Competition. Obviously people have mixed feelings on music competitions in general, partly because, on some level, it’s tantamount to comparing apples and oranges, and that’s pretty much unavoidable. But what is good about competitions is that they give up-and-coming composers the motivation to write music and the opportunity to have their work reviewed by important people in the field. And I find a certain satisfaction in entering competitions, even if I don’t win—at least I know that I am doing what I can to move forward in this difficult career path, and I am grateful to the Reading Phoenix Choir for offering this competition.’

What our judges said about Ethan’s entry:

To find out more about Ethan McGrath: