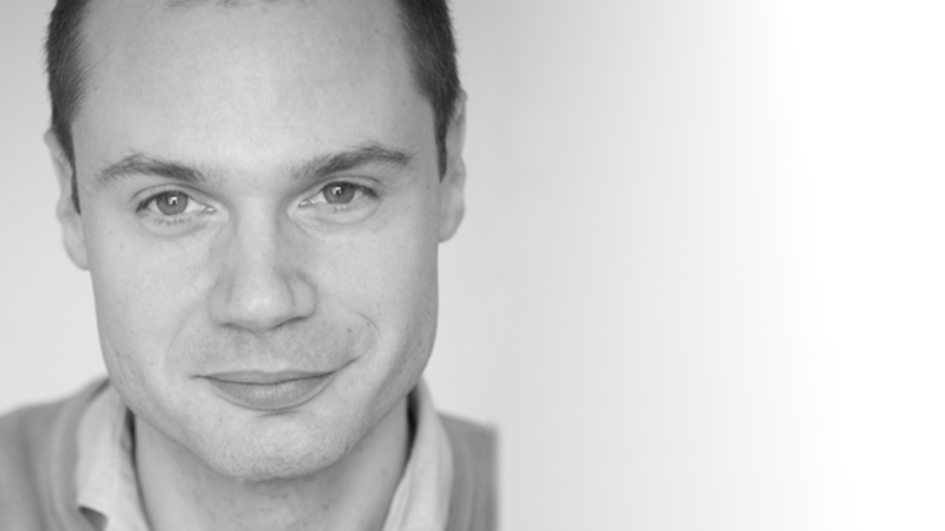 Last month we introduced the first of the five finalists in the Walter Hussey Composition Competition, Alison Willis. Our next competition finalist is Edmund Jolliffe.

Edmund studied music at the University of Oxford and completed a master’s degree in film composition at the Royal College of Music under Academy Award winner Dario Marianelli. He also studied on the advanced composition course at Dartington International Summer School and has completed artistic residencies at the Banff Centre, Canada (2010) and the Wurlitzer Foundation, Taos, New Mexico (2018).

Recent commissions include pieces for the London Festival of Contemporary Church Music (broadcast on BBC Radio 3), the London Gay Men’s Chorus and Trifarious. Prizes include the Renée B Fisher Composer Award and the Amadeus Song-Writing Competition. He was nominated for an RTS Best Score Award for his music to the BBC film Elizabeth at 90.

Music for television includes the BBC One series Who do you think you are?, ITV’s Long Lost Family, Channel 4’s Unreported World and the Discovery series Homestead Rescue. Currently he is writing music for a new television series, and a film about Prince Charles at 70, both for BBC One.

‘Earlier this year I was lucky enough to be selected as one of the artists-in-residence at the Wurlitzer Foundation, New Mexico. I had a number of commissions to write and wanted to spend time focusing on choral music as in my day-to-day life I am often busy with media music. I do not enter many competitions these days, but the theme of the Walter Hussey competition appealed and I thought it would be a good way to write a short celebratory choral piece that would put me in the right frame of mind for composing more concert music. I enjoyed the challenge of finding an appropriate text and seeing where it took me musically and am delighted to be selected as one of the finalists.’

What our judges said about Edmund’s entry:

To find out more about Edmund Jolliffe: